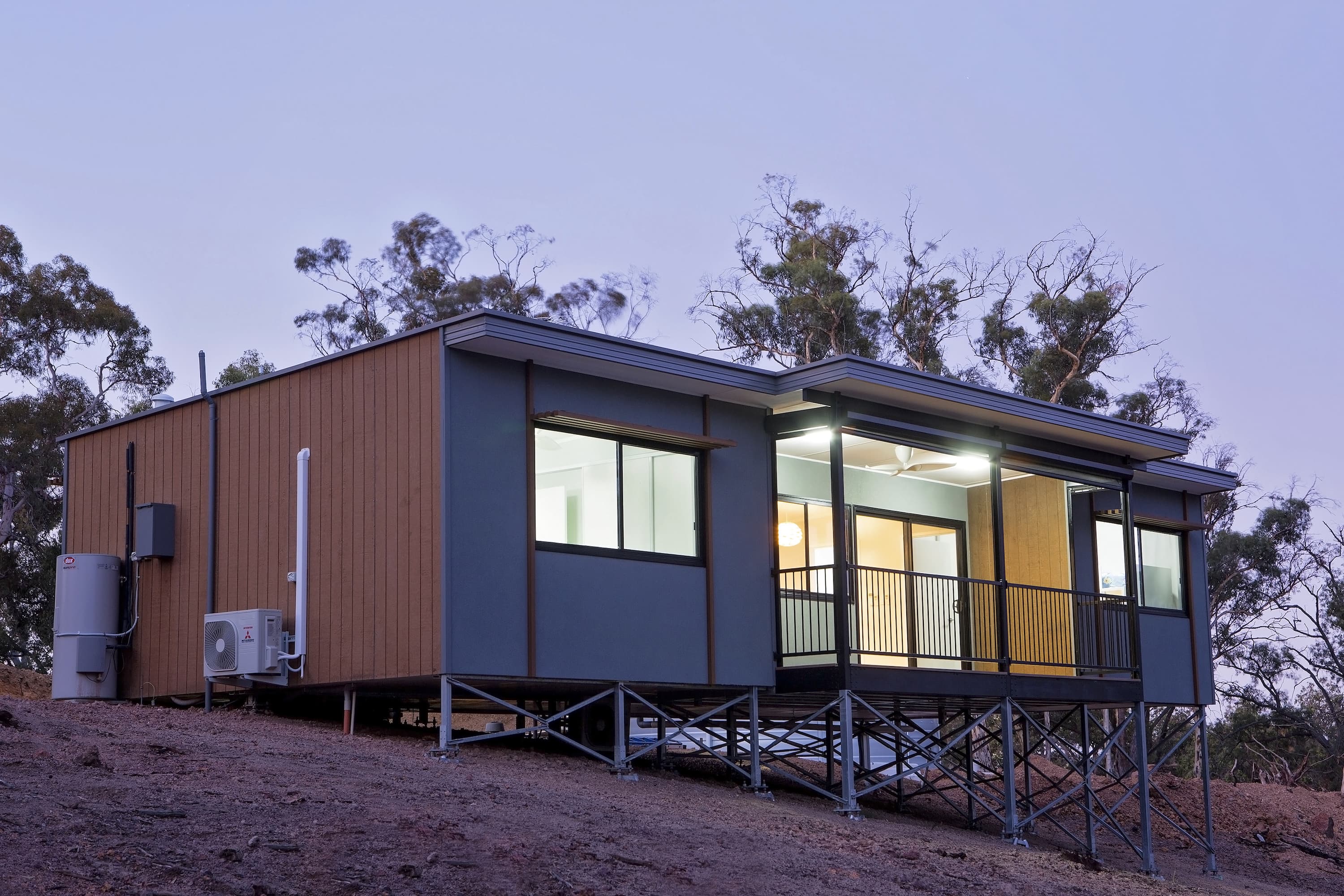 One fine summer’s day, the three little pigs were nursing their lattes at a hipster café in Fremantle and bickering. You see, all three of them were each in the process of designing and building their very own customised home, but they couldn’t agree on what was the most sustainablebuilding material to use. Pig One (Pigachu) was adamant it was wood. He said that timber didn’t conduct heat, plus it looked good. Pig Two (Rihamma) argued that brick was the way to go because it withstood the windy conditions of the Fremantle Doctor like a boss. Pig Three (Mr Piggy) reckoned it was lightweight panels, because they had a freaky-high level of thermal performance.

So the next morning, the three little pigs got down to work building their eco-friendly homes. Pigachu got to sawing his wood, musing uneasily at how many trees had been chopped down in order for him to build his new house. Meanwhile, Rihamma was hard at it with a ton of bricks, a concrete mixer and a spirit level. She sighed, realising she was going to be building this house, like, forever. Mr Piggy whistled happily as he slung a pile of lightweight panels over his shoulder and set to work with his ham-mer.

Over the course of a week or so, the pigs worked day and night to build their new homes (Rihamma finished last). They hired a U-Haul to move all their gear, and settled in to enjoy the new digs. But over the next few days, Perth threw out a scorcher of a heatwave. Pigachu’s aircon was cranked but he was still melting – due to its poor insulating properties, his little weatherboard home was no match for the bite of the West Aussie sun. Conceding defeat, he slunk over to Mr Piggy’s house and asked if he could crash there for a while.

Over time, the three little pigs continued to live in the two houses. Pigachu’s timber house had long been razed to the ground by a particularly nasty termite infestation. One day, Rihamma was alarmed to see hairline cracks working their way through her brickwork. Not only that, but the mortar was beginning to crumble like a fine vintage cheddar. Sadly, as her brick house had been so exxy to build, she couldn’t afford to fix any of it. So she skulked over to Mr Piggy’s house and asked if she could move in too. And they all lived happily ever after in Mr Piggy’s energy-efficient, light-harvesting, stylish eco modular home.

The moral of this crackling tail is: do your homework first, or suffer the re-pork-cussions.

Seriously though, if you want to be like Mr Piggy and live in a sustainable, affordable house that’s big on functionality, check out our new display home in Perth. Give us a bell on 9468 0023, or drop us a line at sales@formhomes.com.au to arrange a visit. Oink.

Get your modular homes information pack

Simply fill in the form below and you’ll receive our modular homes information pack in your inbox.